Gaining new markets and discovering
the unknown business areas,
we promote sustainable chemistry
oriented towards rational use
of resources and care for the environment. 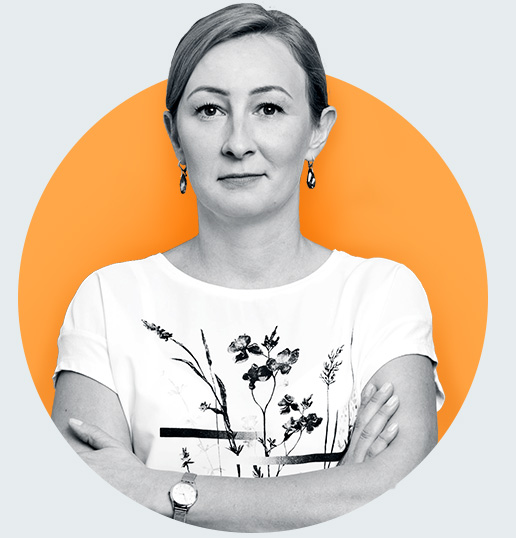 We are still trying to increase the value of our Company effectively using potential, innovations and resources. We hold a strong position of a top producer of surfactants in Poland and in Central and Eastern Europe. We gain new markets and discover unknown business areas. We promote sustainable chemistry oriented towards rational use of resources and care for the environment.

Surfactants, i.e. Surface active agents, are specialist chemical products used in many industries in the world. Almost everything that surrounds us contains or comes into being with the use of surfactants. We should be aware of them when using cosmetics, having a bath, washing the dishes, or doing a wash. They often play a key role in the processes of producing everyday consumer goods but they are also used in the process of synthesis of other chemical compounds or act as function fluids in various types of production and technological processes.

Surfactants produced by us can be divided into anion, non-ion, cation and amphoteric surfactants.

The most important functions of surfactants:

Multifunctionality of surfactants causes that they can be used in many industries. That’s why they are omnipresent.

Did you know that…

Natural surfactant counterparts are found in the human bod They are covered with lung bubbles, so they do not stick together and help us breathe.

We hold a dominant position in the production market of surfactants. We are one of leading producers in Easter and Central Eastern Europe. We offer over 340 various products and industrial formulations that are used in various branches such as: 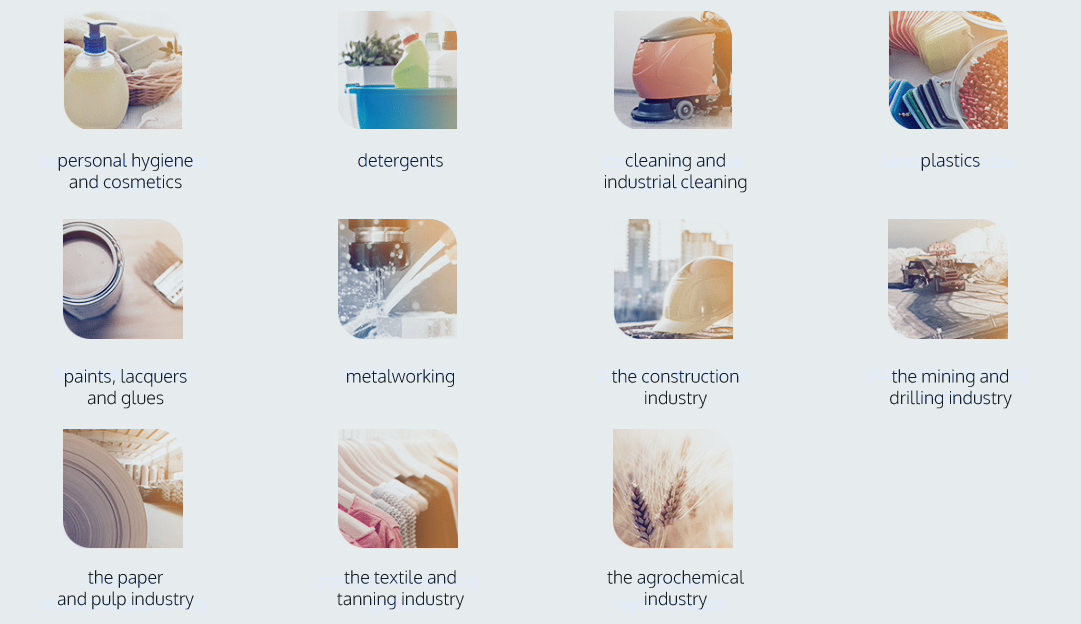 Surfactants used in detergents and cosmetics

Surfactants used in detergents and cosmetics include mainly mass products that are used in household chemicals on account of their washing and cleaning properties (washing fluids and powders, dishwashes and other) and in personal hygiene products (shampoo, shower gels, bubble baths, liquid soaps and other). They are also components of white and colourful cosmetics.

Important properties of this group of products include mainly removal of dirt (detergents), excellent foaming and moisturising ability and high biodegradability. Softening or condition functions are also important, i.e. leaving protective layer on skin and therefore are used in the production of dishwashes and personal hygiene products. In cosmetic products surfactants are emulsifiers and foaming, moisturising, bodying and other agents.

In 2017 sales of surfactants used in cosmetics and detergents reached the level of 292.4 million zloty, i.e. growth by 18.9% in comparison to 2016. Share of this group of products in the structure of revenues of PCC EXOL Group constituted 55.8%, and 68.8% in terms of quantity.

We can distinguish four product groups in the group of surfactants used in cosmetics and detergents:

Currently the EU market is characterised by a trend connected with growing demand for ecological surfactants based on natural resources with high biodegradability. They include e.g. products by PCC EXOL S.A. such as ammonium salts, betaines (amphoteric surfactants), glycinates and sarcosinates.

Surfactants for industrial use

Surfactants used in industry is a group of specialist products used as a component of industrial formulations. These products are also used in various industrial sectors both as function fluids in technological processes and as reagents in production processes. Specialist surfactants facilitate many technological processes limiting consumption of energy or improving effectiveness of machinery and mechanical devices. They are used both as components to produce rough and finished products.

Development of products to be used in industry, of which the majority constitutes specialist products, resulted in 2017 in the growth of the Group’s sales in this group of surfactants by 11.2% in comparison to 2016. In 2017 share in the sales of surfactants for industrial use constituted 44.2% of sales revenues of all products.

We can distinguish three biggest product groups in the group of surfactants used in industry: